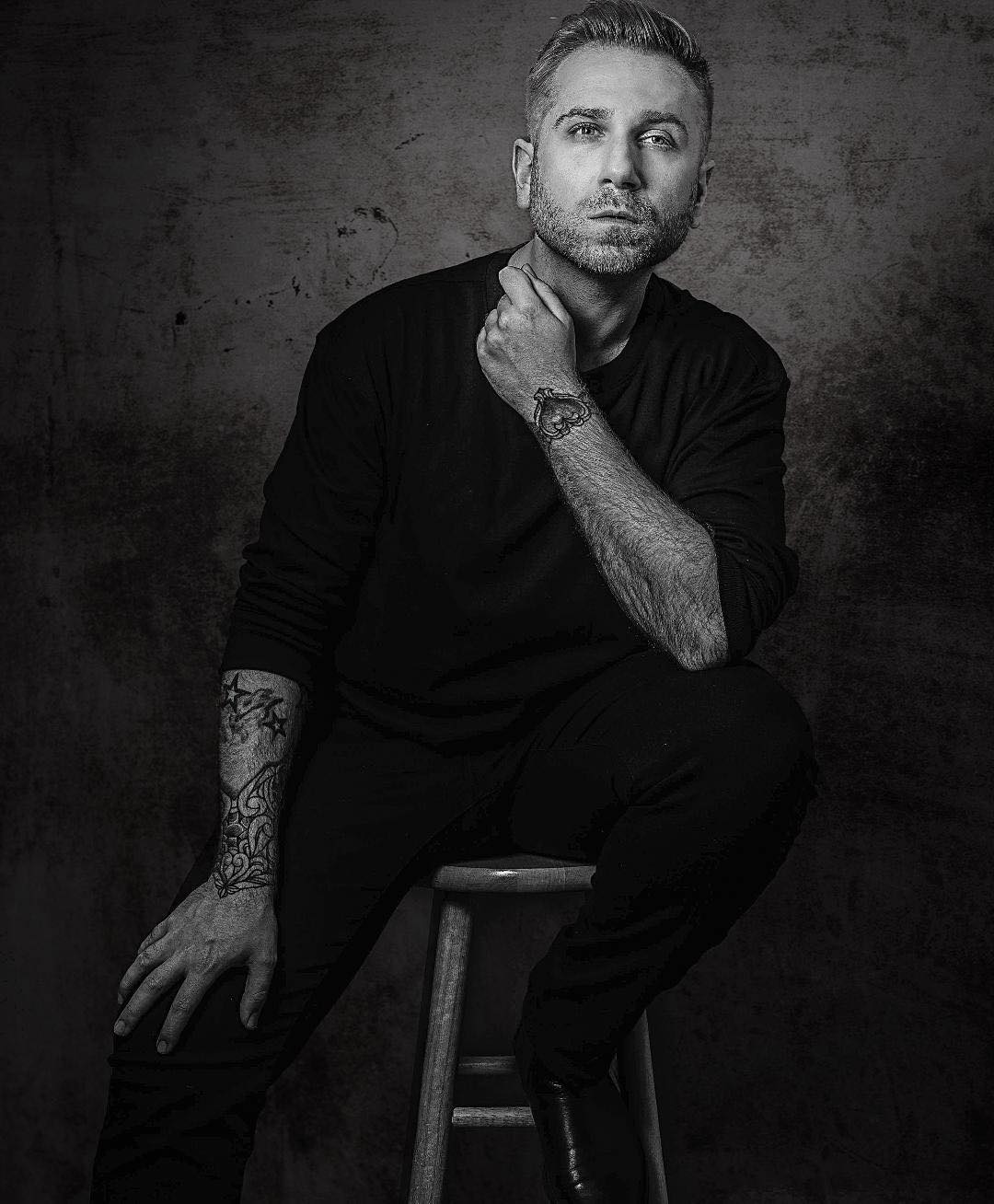 One on One with Gay Actor, Director and Producer Roger Conners on his new Slasher Movie Meat

1. Before we dive in to your career in movies can we talk about your journey as a gay man living in Ohio, when did you realize you were gay? What is it like being gay in Ohio?

My family would attest that they knew that about me from the moment I came out of the womb. And not like my family is really all that progressive by nature, they just realized at an early age that I was exactly who I was and they adjusted their views to make a safe space for me. I'm very lucky that I had so many supportive people when growing up.

I certainly saw some slack, especially in my teeny age years, but truthfully Cleveland has been a great experience. And only increasingly better at that. Sometimes it's easy to forget you only need to drive an hour or so before you reach the “Marriage is between one man and one woman” billboards.

2. When did you catch the acting bug?

I began acting on stage around the age of ten and I maintained that through my teenage years. I didn't make the jump to film until I was around 20 or so.

3. How important is it to for the LGBTQ community to have inclusion in movies and movie making

And has it gotten better from say ten years ago?

I always say that pop culture is the first step to mainstream acceptance. Remember back on the 90s where shows like Queer as Folk and The L Word were considered so groundbreaking and taboo? Well now, just look at modern cinema landscape and how it's evolved. There are prominent queer characters in major films and television series everywhere you look. And with that, a growing majority of people have started to realize that perhaps their neighbor, a family member, or their best friend happens to identify as queer. They can relate their situation to the stories they see unfolding on to or in film and that relatability factor is so vital in the overall process of accepting and understanding. You see that with all minority groups. We're seeing that right now with shows like Pose and now Loot that offer phenomenal transgender characters whose stories move and impact viewers, no matter how they themselves may identify.

4. The first time I saw a gay character in a movie it was Rupert Everett in My best friend's wedding who played Julia Roberts side kick have movie roles gotten better for gays?

Oh absolutely. Queer roles in the 90s were often cut from a similar cloth. Sure these characters were often the scene stealers, but it was often rare that they were given the chance to step forward into the spotlight and tell their own human stories. Certainly there were exceptions at the time. Look at Priscilla Queen of the Desert, Too Wong Foo, and The Birdcage. Those are a handful of films that beautifully depicted queer characters for the mainstream public, but more often than not it was straight men playing the roles. At the time that was certainly groundbreaking and still important, but now we're finally seeing more and more queer talent being given the opportunity to tell queer stories. We need more of that, specifically. We need to see more opportunities for queer talent to shine!

5. What is the hardest thing about directing a movie?

Oh lord… scheduling? Keeping momentum? That final push through the last few shoots where everyone is exhausted and overworked but you need to finish the job you set out to do? Directing is never easy, and considering the task at hand it shouldn't be. You just balance the stress out with the moments of success. Hitting landmark goals and seeing your vision come to life before your eyes makes it all worth it.

6. Can you talk about Meat the movie what it's about and the process of making it and promoting it?

MEAT is queer themed slasher that begins filming this fall. Our goal is to prominently represent all individuals who fall within the LGBTQ+ spectrum, honoring the many horror fans who also happen to identify as such!

Over the past year, my team and I have been busy working on promotional material to help support the project and draw attention and support as we ramp up toward production which begins in October. Our Indiegogo is wrapping up in coming weeks, so if you have interest in supporting our project please check it out!

7. Is Cleveland a great place for movie making?

You know, Cleveland is truly growing into something amazing. I've been working in the scene here since my early twenty's, and I've watched one as it continues to expand and evolve over time. There's so much talent here, and I' m really just honored to be a part of it.

8. What's next for Roger Conners?

Rest, I hope! I recently appeared in a few features that are just now wrapping up production. The Sluagh Awakens and The Long, Slow Death of a 30 Something to name a couple of them. I'm an actor at heart and will always consider myself as such. And thankfully there's a lot more of that to come in the very near future.