The Economics of Racism in a Small Ohio Town

One on One with Alliance Ohio Activist John Cameron 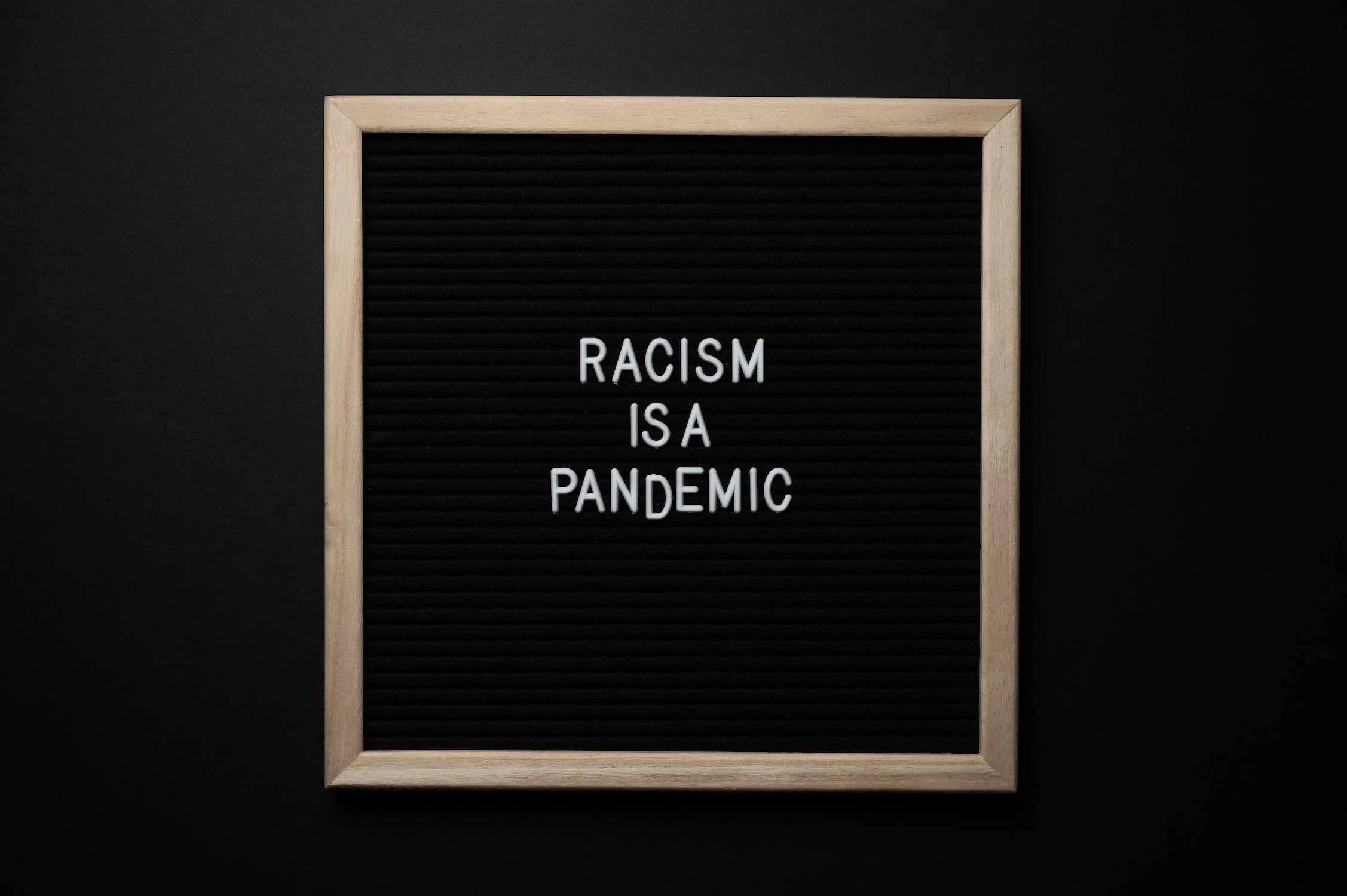 1. On July of 2021 of last year it was discovered that a series of racially themed vandalism took place in Alliance, one being the defacement of the Martin Luther king Jr bridge mural how shocking was this to the African American Community?

It was a troubling blow to African American community here in Alliance and indeed the Stark county area. People from all over the state, including from the Canton/Massillon area as well, felt the sting of the vandalism. It hurts when racism is expressed in such a derogatory and hateful fashion. This is very personal to me and my family as my mother (Wilodean Cameron) was one of the main advocates in the naming the MLK Jr Viaduct, and MLK Blvd. Many in the community have spoken out about the incident, but to many of us, this is what we've felt Alliance has become.

2. Why hasn't the Mural been fixed yet?

I really don't have an idea why it hadn't been fixed. I was under the impression after talking to our city council members, mayor and other city leaders, that the funds were there. If so, then maybe the personal priorities of those who appropriate those funds are of more importance than the unification and inclusiveness of our city.

3. Is the Mural now almost a reminder of the racial issues that exist in the town?

Very much so. The very fact that it hadn't been fixed shows of how little racial as well as economic concerns in this city are prioritized. Having social background in education the issues here in this town are very evident. Everything from economics, community social structures, mental health, employment, housing, food deserts, city infrastructure, and schools have had racial overtones in our city for years. Yet most times however, until the voices become too loud, the general public turns a deaf ear, and the elected officials truly for the most part have even less concerns. I think this can be also observed in how our downtown is treated and kept compared to towns and cities such as Massillon, Salem, and even Sebring. In my opinion it's because the location is near traditionally African American neighborhoods.

4. How long have you been an activist in alliance?

I've always had an interest in helping those in need, under oppression, or treated unjustly from my childhood. My mother taught myself and my brothers Keith and William, to be God fearing, and supportive of those in need. It's a family from an aunt who walked with King in Selma, to my daughter and niece who lead the Trayvon Martin peace much here several years ago. For me however, it's really been a focus since I've became Muslim in 2004. With my views more centered on what's good and best for my community, I've felt an obligation to stand and voice my concerns and opinions. For too long I've felt the African American and less economically secure whites have not had a voice. Several close family members and friends , including my niece Leandra Cameron, formed the East Alliance Empowerment Group. We brought awareness,and dialog to social, political, and economic concerns to the city. We still have a page on FB, and are planning events in the future.

5. What are the main economic and racial issues that you contend with daily?

The disconnect of the needs of the citizens on the Eastside of town from the rest of Alliance. Most employment, retail, food, dining are west of union. Many on the economically depressed eastside have no vehicles, or licenses to drive. The bus for the elderly, or handicapped isn't an option. Until a real understanding, and concern for the whole of Alliance is acknowledged there will be no improvement I feel in the conditions of those on the Eastside of town.

I think our black population has for too long been unrecognized, subjected to unfair treatment and needs pushed aside. You can see the lack of African American businesses in the city. If there are businesses started they soon fall out of business because of the lack of support. Why? The African American Community is shrinking here. Housing discrimination, restricted business opportunities, over-policing, in the 90s and early 2000s pushed many away. Yes I said over policing. Many families and lives were destroyed because of unwarranted and unnecessary charges. Many turned away uncaring while this happened. Yes some deserved punishments but many didn't. Other means of social intervention could've taken place. African American interest, history, and culture aren't a priority in this city in which some truly great and influential people,lived, worked and contributed.

6. Why is the bridge and its Vandalism so personal for you?

As I stated earlier my mother played a significant role as well as Mrs. Evelyn Brown, Rufus Heards and others, in the organizing of the MLK steering committee. Then in getting the bridge named, the MLK parade, and the renaming of MLK Blvd. (Liberty St). This work came with obstacles such as threats and name calling. Yet they still pushed forward. To see the work they did be vandalized is truly hurtful and disappointing. You would think Alliance in the 2020s would be more racially and socially understanding, but obviously we have a ways to go.

7. Is alliance made up of two cities, the people on the other side of state street where businesses are developed and them there is the community downtown and across the bridge?

It's painfully obviously of the disparity between the east and west. Our politicians know it but either don't care, or don't have the ability to change the situation. Which leads me to question the citizens of Alliance in continuing to support people, ideas, and issues that are so 1950ish. Until the people are aware enough to vote for change weather conservative, or liberal we'll be continually be two cities, with the privileged westsiders having the best the of what the city offers in quality of life resources.

8. Have you spoken with the City Government and how has that went?

Over the years, I've spoken to mayor's (including our current one), council-persons, city safety directors, and others. Often acknowledged but with no results or ideas. It sometimes seems as if other entities are pulling the directional strings of the city the way city government acts towards certain areas and residents of the city.

9. Is there racism in Alliance, and how bad is it?

It is blatantly clear racism is very alive and well in Alliance. The politics, economics, social setup are steeped in white supremacy, and structural racism although often very subtle. Northeast Alliance has been gradually going through a process of Gentrification. This was enabled by many of the problems stated earlier. The lack of true diversity above tokenism has left community unaware of contributions by African American members of the community throughout the years. If race wasn't an issue then good individuals whose ideas would've brought growth to our community, would've been elected for council at large. Keith Avery, and Marion Grimes to name a few were by far the best candidates for our city the past few elections. However the biases from the walls put up by local organizations, leaders,and officials have created an atmosphere where qualified blacks aren't even looked at.

10. Do the people in your community feel that they are not allowed to have things in their community like a grocery store, Bank, or a gas station?

We're in the United States of America. We know we're allow to have these community supports. In fact we call out for them. The problem is our government officials, and local community leaders, including clergy have refused to openly address the issues or even more so advocate for them.

11. Do you feel your community is being targeted with almost a form of economic sanctions that prevent people in your community from growing and experiencing equality?

There are lifelong residents who are even as I say this, have concerns of Alliance attempting to remove the African-American community from Alliance or at least, minimizing the presence. A city with a location close to several large cities, with a low economic base , low violent crime rate, yet with a potential for growth would be a prime place for young African American families to start and be safe. Yet where are they? City leadership must be called out, as well as the educational system incorporated here. Structural , institutionalize racism has to be acknowledged, identified, and removed from our community in order for growth to occur. Our schools should be the area we start. If you think that we're doing enough in our local schools to fix the problem then that's proof of how deep this racial situation truly is here in Alliance.

12. Where does your activism go from here?

I'm a member of a nonprofit Islamic based organization called Dawah Society of Ohio. We've have been primarily doing work in Canton. However our group is in the works with another organization out of Columbus which will if successful, bring more support and community resources to the Alliance area as well.

13. What are your Goals as an activist in Alliance?

I hope to leave a more culturally diverse, informed, and prepared community then the one we have now after I'm gone from this life. As an activist your actions are to bring awareness and change. God willing maybe eyes can be opened.

14. Is your community strongly represented in the Alliance City Government?

Unfortunately not. The current city government structure ensures that not only the African American Community, but the whole Eastside of Alliance issues of concern will always be secondary to the other areas in Alliance. While I do believe Sheila Cherry, and Cindy King are wonderful council members with concerns for their wards and citizens. There's just only so much that can be done under the current situation.