I interview Two Ohio pastors, One Pro-life and the other Pro-choice to talk about their stances and the implications of the overturning of Roe versus Wade on June 24 th  2022. 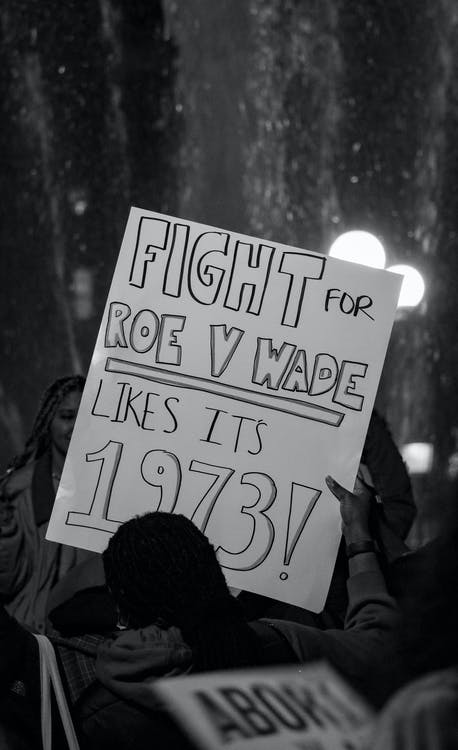 1. Roe vs wade has been overturned what does that mean to American Christian's? This is something that the Christian churches have been praying for since it was first made law. It is a powerful reminder to not give up praying for what you believe is morally right even though it appeared that it would never be reversed. The Federal government rarely reverses policy that gives them power over our lives.

4. The argument from the left is that Christians are very pro-life when the child is in the womb but not so outspoken about issues of poverty or social economic inequality which affects the child and their future, your thoughts? I would challenge those who voice that argument to see all that churches do to try to help people out of poverty. A hand up is always better than a hand out. Churches have many opportunities to help and do many things other than just give out money. Churches do not have the financial resources that the government does so that is really not a fair comparison at all. I would also say that the government has placed so many roadblocks to allow the church to do more due to putting restrictions about being able to share our faith as well as offer economic help with government resources. We are not allowed in schools,our voices are not heard in the market place, and the government does not welcome the churches input.

5. When is an abortion appropriate? I am not sure I can say it is ever appropriate but I do understand that in the case of rape or incest or in the case of a mothers health the choice may not be as black and white.

6. What would you say to Christian’s who are pro-choice? I do not feel like it is my place to try to tell them they are wrong. I believe God is better at doing His job than I am. So I will just trust God to speak into their heart.

7. Will this issue tear apart the church as it seems to be doing to the nation as a whole? I do not believe this issue will be as divisive as Covid has been. It really depends on how Christians represent the change in the law. If the church gloats and tries to make the people who disagree with the decision as the enemy then yes there will be division. If there is simply a spirit of humility and thankfulness I think it should not become an issue that divides. It is important to remember that even though we are all Christian we still have different ways of looking at issues. Only God can change a person’s perspective. I know that there is no argument that someone can have with me that would get me to change my mind so I am not arrogant enough to think that I can argue with my brother or sister and convince them of their wrong thinking and to join me in the way I think. It has been very interesting to see the reaction of some very close friends who have had a very different take on this decision. I respect them even though I disagree with them. I only hope they give me the same courtesy.

1.      You are a minister what are your thoughts on abortion?

Honestly, there are so many thoughts on this issue that I wrestle with myself about what is best, what is right, and what God saying about it. I don’t think it is clear-cut. It falls into a gray area that encompasses the circumstances of pregnancy, the quality of life and child/mother, and the trauma that birth could cause. In a perfect world, where we loved and cared for each other as we are called to do- my answer would be very different. Scripture tells us that there is a priority on the mother’s life. In most cases, abortion is not just something people use as a form of birth control- it’s a response to rape, incest, and health issues that affect the life of the mother.

2.      You are a woman, and a mother what are your feelings about the overturning of Roe vs Wade, and should men even have a say about this?

As a woman and a mother, I struggle with this ruling. If I thought the justice system was concerned about the actual lives of those children or the women involved, I might understand a bit more. But when benefits are being cut, schools are unsafe, and mental health help is so limited, I worry about the repercussions. Men should be concerned about the women in their lives and the trauma that this could cause. I worry not only about how this will affect my daughter- will she be able to protect herself as she needs to when she is ready? If she became pregnant and it was a risk to her life or the baby miscarried, would she be legally charged? And she has a support system, what about those who don’t? It’s a serious issue.

3.      Is Christianity on the Evangelical side trying to make Christian ideas law?

My immediate response is that I want you to tell me more about what you are asking….

I struggle against this label honestly. The definition of Evangelical is “of or according to the teaching of the gospel or the Christian religion.” And this is something that all Christians should be able to be defined as. And broad stroking between Evangelical and liberal or conservative and progressive doesn’t work. There are some on every side that hold these beliefs in different ways. I feel that even though people are spouting it as Christian ideas- it is more about controlling people and things- its craving Power for themselves… and that is anti-Christian. Christian ideas influencing laws would include loving our neighbor, living a life of grace and mercy, caring for those less fortunate, and using any power we had for the good of all.

4.      If you are a Pro-choice Christian people who are Pro-life would say you are going to hell what would you say to that?

I would disagree with them. My salvation is not based on me being perfect – it is based on my belief in the life and works of my Savior Jesus Christ. That Jesus came- lived here on earth where he taught the way of love- that he died for my sins on the cross- and he was resurrected and opened the doors to glory for sinners like me. And because of that I should be loving my neighbor, caring for the widow and the orphan, and working with God to build a “beloved community” here on earth. It has nothing to do with what I think on this issue any more than it would be decided based on my opinion of the death penalty, or what day of the week is the Sabbath.

5.      Is the Church plagued with so much division on this issue that onlookers would just see hate and not a Loving Christ?

The church is divided in the same ways as the rest of society is. As Christians in the churches, we have failed to live out our mission of showing the world how to work through differences and have conversations without hate and anger. We are human. There is work to be done in this, and onlookers will look at all of this and hear the parts that they want to hear because they too are human.

Absolutely not. It wasn't the way that he was when he was here. He didn't seek that type of power- instead, he led from the ground level and showed his power through the conversations, the way he acted, and with those, whom he came in contact with. He would have conversations with those who were in office just as he did with the Pharisees and Herod and Pilate, but he didn't come to be popular- he came to teach us to do better.

Definitely. Even in countries that have little to no Christian influence, Abortion is still an issue because of the power dynamic. The desire for power will always influence the way life and death and society see things. 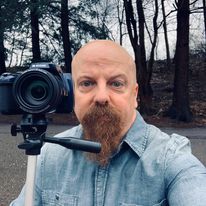 David Thomas
Journalist & Activist
Responses (0)
View Discussion →
No response for this article yet.