WITHOUT VICTORY THERE WILL BE NO PEACE!

WITHOUT VICTORY THERE WILL BE NO PEACE!

By Vincent Lyn with Alex Pryrodny 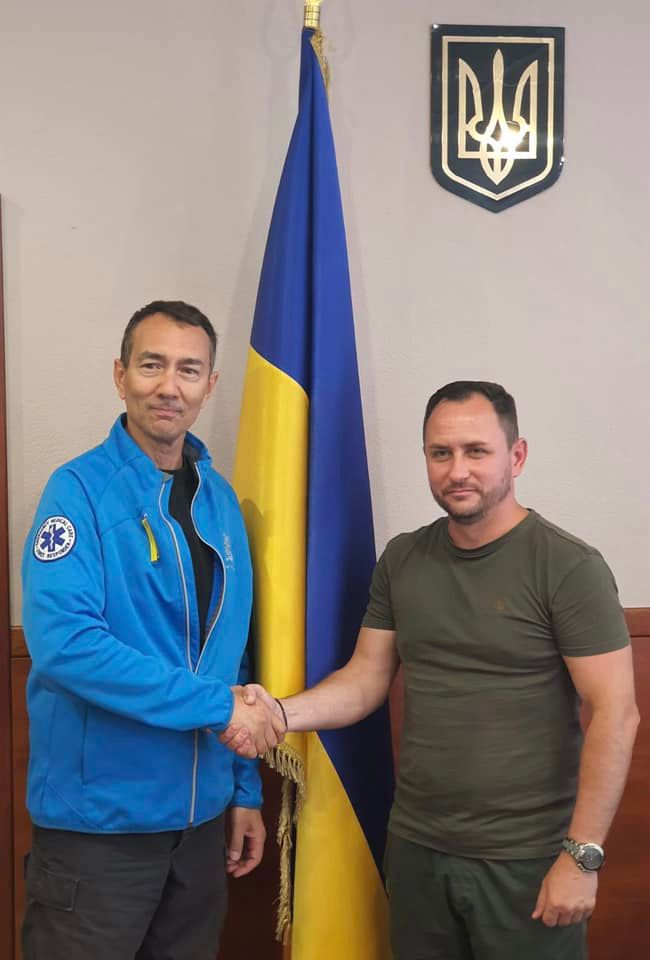 Very grateful to the Commander Head of the Brovary District Military Administration Pavlo Proskochylo (Павло Проскочило) https://brovary.net.ua/tag/pavlo-proskochylo/ for his briefing and bringing me up to speed on the current situation of the war. Of course not obliged to talk about ongoing logistics. I found him to be a very intense and committed individual. Respect!

WAR  is horrific. Such a little word, such a depth of agony. Blood, death, conquest, starvation, plague, and always an obscene horror. It is not a joke or a video game or some fantasy to play out. It is something no man, woman or child should ever have to endure. It changes you and unless you've witnessed it and physically experienced it one can never ever understand the depths of it.

Anyone who says things like  “let's hope for peace for Ukraine”  — I understand you might be saying it with the best of intentions, but please understand that many Ukrainians will find this phrase insensitive or even insulting. As the Supreme commander of the Ukrainian Army Valeriy Zaluzhny recently said: “We needed peace yesterday. Today we require victory.”

What does  “peace”  mean to a victim of genocide? Peace without justice for the thousands of murdered civilians in Bucha, Irpen, Mariupol, Odessa, and Vinnytsia and other cities large and small? What about the approximately 2 million Ukrainians forcibly relocated to remote regions of Russia including over 200,000 children — casualties of war, expendable collateral damage left up to their fate? What about several millions more still living in the roughly 30% of Ukrainian territory that's occupied that are already starting to be subjected to Russia's Orwellian program of  "reeducation" and accountability and erasure — forget them too? What about the murderers, cultural torturers, rapists, propagandists and the masterminds of it all who continue to give the barbaric orders — let them escape and walk among us? Would you feel safe in their company?

In high-level round table meetings with the Mayor of Bucha,  Anatoly Fedoruk , Mayor of Irpen,  Oleksandr Markushin , Deputy Mayor of Kyiv  Andrew Kryschenko , Ukrainian MP  Oleksiy Oleksiyevich Goncharenko  and numerous military commanders one thing is for certain. Every top official I have met from government to military the end point is unanimous. There will be no surrender, no capitulation and absolutely zero compromise on the side of Ukraine!

Oleksiyevich Goncharenko  a very well respected member of the Ukrainian Parliament said it plain and simple and it's very apparent that Ukraine must keep getting US aid and weapons so that Ukraine can win the war decisively otherwise if not Russia will roll over into the Baltic States. This fact I've heard repeatedly from various high ranking officials and I can certainly vouch for this. I personally came into possession of highly sensitive information that was left from the Russian army and most likely a commander upon the initial one month invasion and occupation of the surrounding areas of the capital city Kyiv. This topographical map seen here shows the complete train routes of the entire countries of the Baltic States — Latvia, Lithuania and Estonia.

Most military strategists concluded that when Russia invaded on February 24th that Kyiv would be taken in 2–3 days and if you take the capital then the country has no choice but to surrender. The best experts from the US and UK thought this would happen. Well they couldn't have been more wrong, in fact they've never been right. Ukraine fought valiantly and were able to repel the Russian onslaught. Putin had no choice but to pull his army out and then focus on the eastern part of Ukraine where because of his scorched earth policy has caused enormous barbaric brutality on the civilian population and infrastructure. But,one can ask why on earth would a Russian military commander have in possession the complete train routes of the Baltic States? Just a little common sense will tell you that Putin figured he would easily roll over Ukraine and then capture the Baltic States as well. I spoke about this with my colleagues in Latvia at the very beginning of the invasion. Putin wants all those countries back and then some. So if he's not stopped soon, the face of our world will change forever.

Yes, sanctions are pressing on  Putin , whereas what's pressing on  Zelenskyy  is that the Russian Army is getting better every day. Because it's the usual Russian military history: They start with top-down imposed concepts, ideas, all of which are wrong, and bad generals, political generals, then the war develops, and then the generals get demoted, the colonels get promoted, and they fight better. And that's what's happening. Not much better, but better.

And Ukrainian casualties have been increasing. The Western aid, aside from the United States and Britain, is very limited. In Italy, for example, the politics of Italy are “Yes, we want to help Ukraine, but now we're not sending tanks because tanks are offensive weapons.” In other words, there is a combination of military illiteracy together with posturing, this kind of stuff. Therefore, the aid to Ukraine is limited, and they are getting useful stuff from very few countries. From Poland they got useful tanks, from the Americans, of course, the British — the rest, very little, symbolic shipments. They have a weapons problem and they have a casualty problem, so there are serious issues and even more the reason that the US and UK must move quickly to continue to aid and equip Ukraine with more and advanced weapons.

The key point is that simply freezing the conflict, even if it was possible, would only give Russia time to regroup and renew their aggression — not only against Ukraine but the rest of the Western world as well. That's just the reality and anyone telling you otherwise is either a fool or on the Russian payroll — you only need to listen to the Russian leaders themselves or turn on their prime-time TV to understand they are not interested in any kinds of “off-ramps,” in fact they are full of anger and grievance at the whole world and desire for revenge against anyone who dares stand up to them. As it was during the WWII, at some point “peace” stops being an option; only victory — complete, decisive, ensuring that the Russian aggressors will never again be able to terrorize peaceful people of the world — will stop the carnage. Simply put,without victory, there will be no peace.

CEO & Founder of We Can Save Children